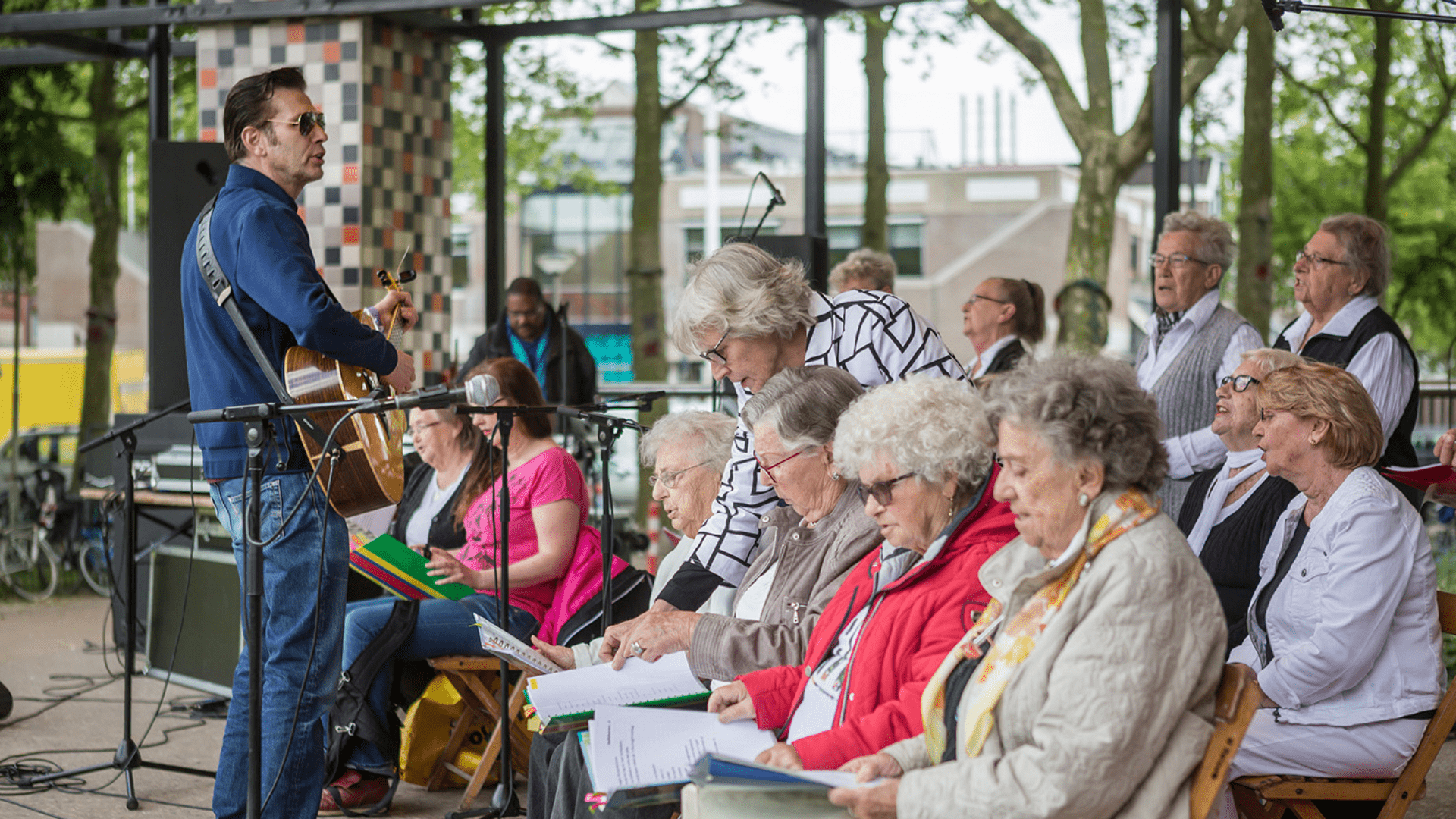 Smartlappenkoor Delfshaven (led by Eddy Versloot)
The Smartlappenkoor Delfshaven is a collaboration between the choirs from the Kolk and Huis van de Wijk de Put. With much enthusiasm and pleasure, this company has performed for 5 years throughout Rotterdam. With members between 60 and 90, every performance is an experience. Led by Ed Versloot, the audience is spoiled with smartlappen, Dutch evergreens and sing-alongs. Ed is a passionate musician and former social cultural worker. “There is nothing as healthy as singing! Besides, it’s very amusing!”, according to Ed Versloot.

Thamia
Thamia is a young talent from the neighbourhood. She has been working on her career for a few years with great success.

Chamo Brothers & CAN 3027
CAN (Creative Action Now) works with young people from Delfshaven by providing a platform for them to work together on everyone’s talent. Today CAN presents urban neighbourhood talents together with Randy ‘RCS’ Furtado.

Jorge Manuel & The Delidel Touch
The Delidel Touch is a Rotterdam reggae band that mixes rock sounds with Cape Verdean musical elements (such as the Morna, Coladera, Tabanca and Funana). The group was formed over 25 years ago by the 3 cousins and also best friends Manecas Delgado, Jorge Manuel Lizardo and Arlindo Delgado.
In the 90s The Delidel Touch was the house band of the Rotterdam pop temple Nighttown and was the support act to many Jamaican greats, such as Jimmy Cliff, The Wailers, Lee Perry, and the children of Bob Marley and many others. The band performs a lot in the Netherlands, Europe and Africa. After a pause, the band was brought back together in 2018 by vocalist Jorge Manuel. The Delidel Touch is actually more than a band, it is a collection of musicians, family and friends, all of whom are behind the band.  (Info: Blackstar Foundation)

Kidzzfamily
Kidzzfamily is a group of talented singers and dancers from Spangen.